Poldark lovers and film fans will have the chance to get a fascinating glimpse behind the scenes as part of a unique photographic exhibition at the Shipwreck Treasure Museum. Over the past 40 years Charlestown has become one of the most popular filming locations in Cornwall. With its resident tall ships, working harbour and grade II listed granite quays, it poses the perfect filming location for period and costume dramas, war sagas and love stories. 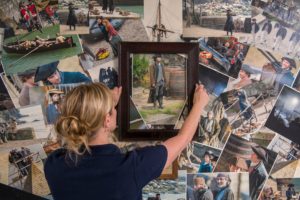 Images displayed in the exhibition have been captured by Paul Williams who was recognised by Nikon UK as the world’s most published photographer in 2018.

​You can find out more about filming in Charlestown Harbour here.