Join us at the Shipwreck Treasure Museum as we celebrate the wonderful variety and fascinating stories of the animals of Antarctica this summer. 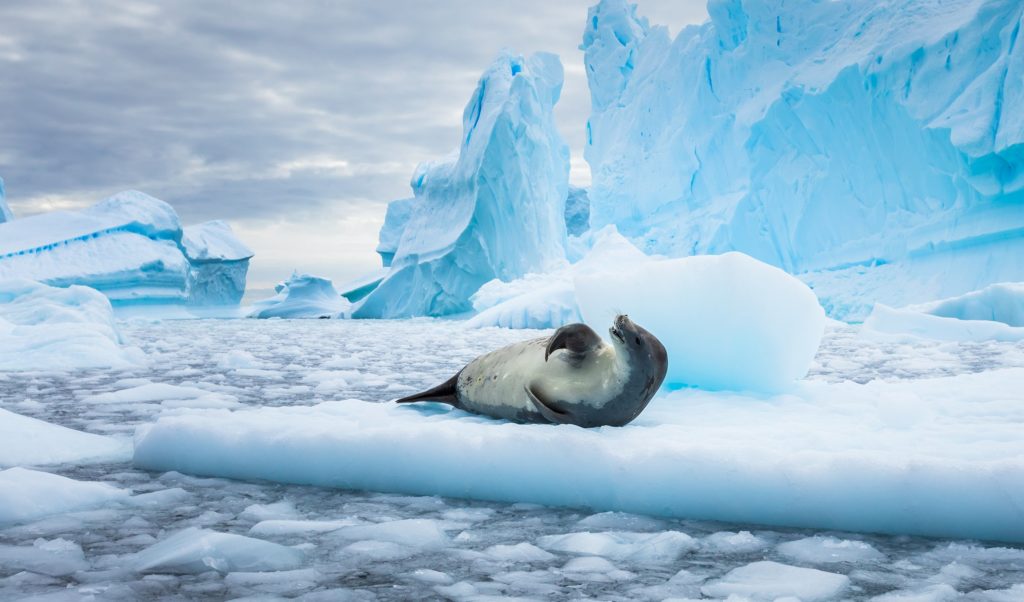 In the first part of our Animals of Antarctica series we explored the distinctive Macaroni Penguin, the long extinct Mega Penguin and the enormous Southern Elephant Seal. Although Antarctica is forebodingly harsh and unforgiving, there are many more species that have come to call this isolated landmass home and thrive on and below the ice.

The Antarctic ecosystem had thrived entirely untouched by human interference, until 1820 when the icy continent was first sighted and discovered by a Russian expedition, followed up a year later by an American sealer who became the first person to step foot on Antarctica – Almost like a trial run for the Space Race!

Recognising the risk posed by increasing human activity in the region, Environmental protections were put in place as part of a wider international treaty in 1982, to protect the environment in this most remote region of the plant. It is thanks to these protections that the protection of the wildlife of Antarctic became an immediate priority, the success of which has paved the way for even stricter protections.

To highlight the success of the steps taken to protect the environment of Antarctica, here are just three of the many species of penguins and seals that form part of the summer activity trials at the Shipwreck Treasure Museum this year: 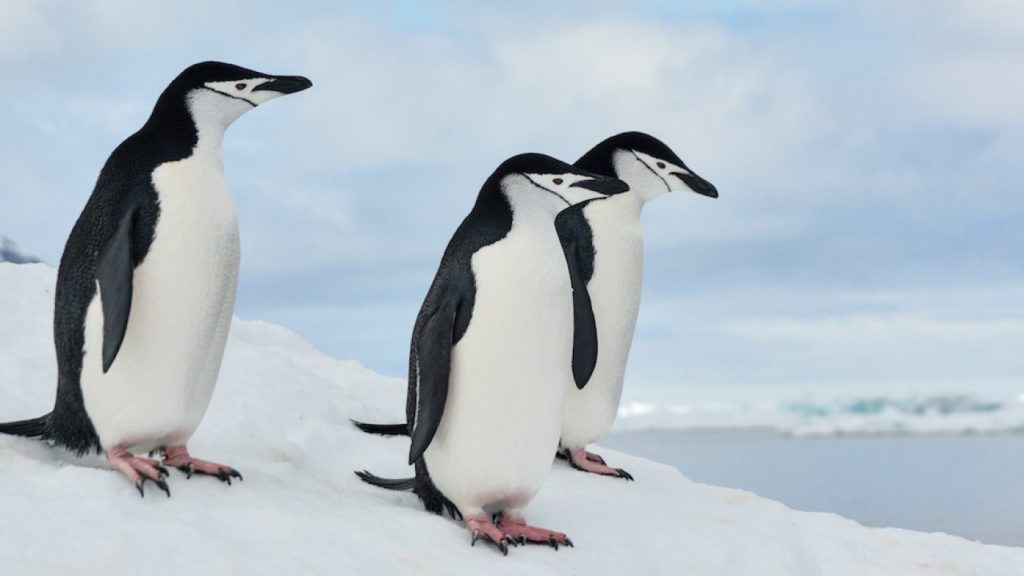 The most abundant species of penguin to be found in Antarctica and instantly recognisable from the distinctive black band that gives them their name, the Chinstrap Penguin gathers in colonies that can number up to 2.4 million!

However, be sure not to get too close to any rocky outcrop that they call home, Chinstrap Penguins are surprisingly aggressive and are well known for their projectile pooping! It is probably best to leave those large colonies alone… 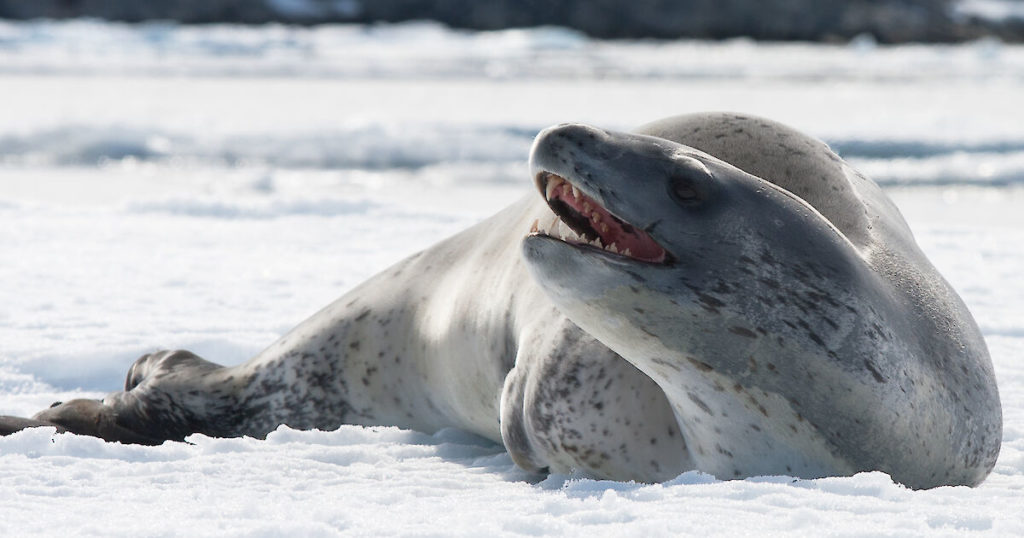 ‘The animal—a sea leopard—sprang out of the water and came after him, bounding across the ice with the peculiar rocking-horse gait of a seal on land. The beast looked like a small dinosaur, with a long, serpentine neck.’ – Sir Ernest Shackleton

This account of a Leopard Seal attacking one of Shackleton’s crew in 1916 is a rich description of the terror faced by humans when they are hunted by one of the Antarctic’s most skilled predators and highlights just how distinctive a creature the Leopard Seal is.

Growing up to 4 metres in length and being able to swim at up to 25mph, the only animal in Antarctica that is able to call the Leopard Seal prey is the Killer Whale. Despite its slightly upturned, wide mouth giving the seal the impression of smiling, this predator is perfectly suited to hunting its prey of fish, seal pups and especially penguins, which they have been known at times to purposefully play chase for entertainment. 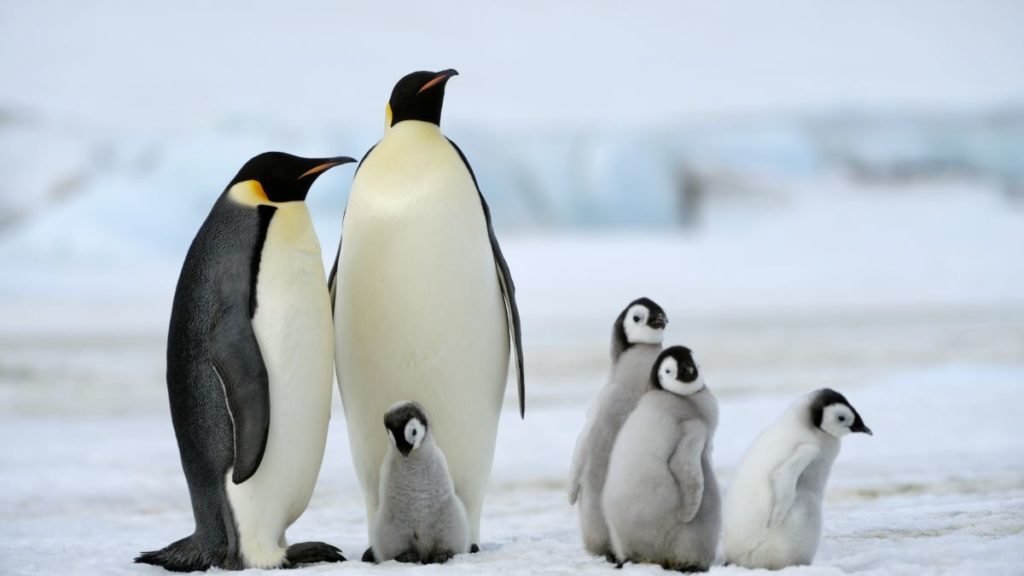 Possibly the most famous of penguin species, the Emperor Penguin is the largest penguin in the world, growing up to 120cm in height. They gather together in large colonies, standing shoulder to shoulder and taking turns to move into the centre of the group to keep warm in the harsh winters of the Antarctic.

They do not make nests for their young and the males carry the egg on their feet in a brood pouch until it hatches. To provide food for themselves and their young, Emperor Penguins are capable of diving to depths of up to 1,800 feet!

This summer at the Shipwreck Treasure Museum, join us as we adventure through Antarctica and follow in the footsteps of Sir Ernest Shackleton and the crew of his Endurance whilst learning more about the wonderful creatures that call this icy continent home – including our very own Snoot, the Elephant seal!