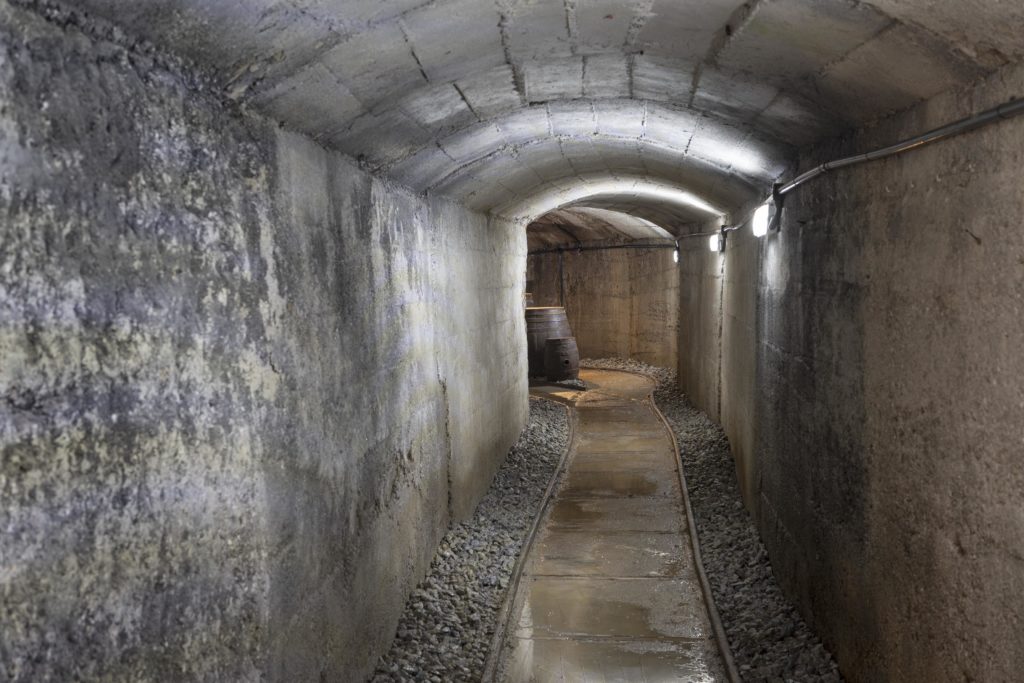 For the first time in more than a century visitors to Charlestown will have the chance to explore the entire network of tunnels beneath the Shipwreck Museum.

Opening on Saturday 19th October, the newly-revealed section of tunnels means the public will have full access to the subterranean passageways which were created as part of St Austell’s china clay industry during the reign of Edward VII in the early 1900s.

Visitors will be able to follow the original cart tracks, touch the walls where the historic white china clay dust still remains and look up to see the metal chutes which would provide a channel to transfer the prized product.

Charlestown was a vital port during Victorian Britain and, with the decline of St Austell’s copper mines during the initial years of the twentieth century, the clay and stone business became the historic port’s main industry from 1906 onwards.

On 19th September 1907, the Royal Cornwall Gazette reported that a clay dry was to be erected where the Shipwreck Treasure Museum now stands, and that clay slurry would be piped from Carclaze to Charlestown where it would be transformed into a saleable product.

The building which now houses the Shipwreck Museum, the Lovering clay dry and the tunnels were constructed at the same time and those exploring the passageways will be able to imagine what it was like to work in the tunnels which remained operational until 1968.

Originally built to transport clay between the Lovering clay dry and the boats waiting in Charlestown Harbour, the tunnels had fallen out of use due to improvements in road and rail infrastructure as well as the slow demise of St Austell’s China Clay Industry.

The opening of the tunnels will coincide with October Half Term at the Shipwreck Treasure Museum  when it will also be transformed into the Shriek-Wreck Museum to celebrate Halloween which will be entertaining visitors from 19th October – 3rd November.