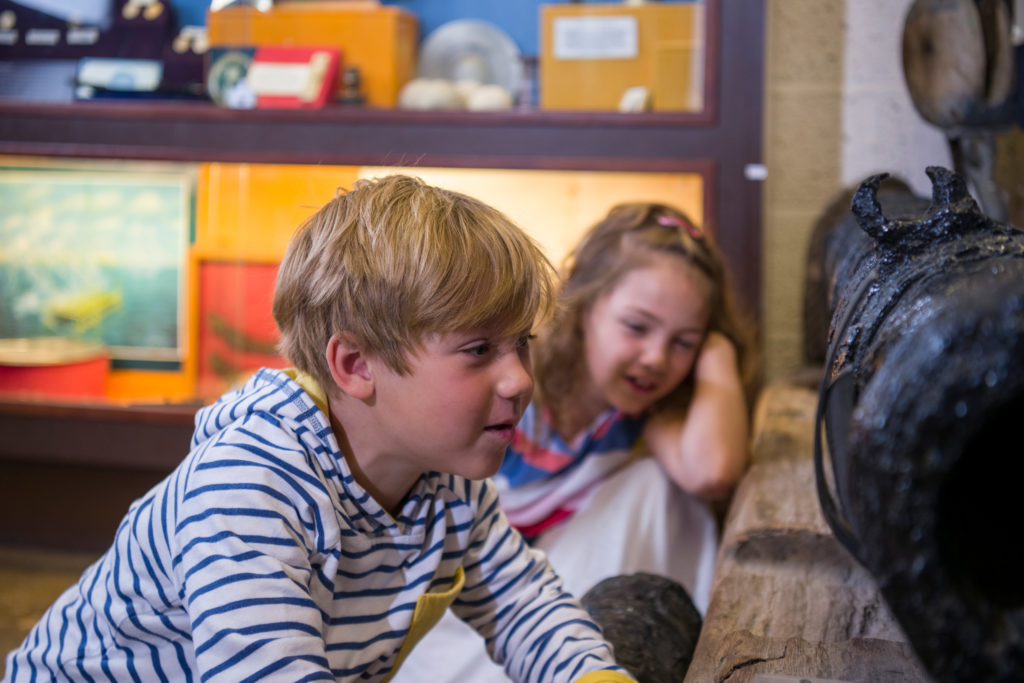 The jagged coastline, treacherous waters and wild weather of the Westcountry has results in difficult conditions, past and present, and it’s thought there are over 5000 shipwrecks in the region. Visitors to the Shipwreck Treasure Museum can explore some artefacts from the wreckages and discover how they met their fate.

​In 1917, the RMS Medina, formally a temporary Royal Yacht to George V, was sunk when she was hit by a torpedo off Start Point, Devon. Lost with the ship were the personal belongings of Lord and Lady Carmichael along with their collection of art accumulated during their time in Bengal where Lord Carmichael served as Governor.

​The S.S. Mohegan which was lost off the Lizard in 1898 was full steam ahead when she hit the Manacles. It is not known what caused this to happen.

​The English East Indiaman, Admiral Gardner was wrecked on the Goodwin Sands in 1809. An intact barrel of coins, the only one of its kind in the world, was recovered and is now on display in the Shipwreck Treasure Museum.

​These are just a few examples of the wrecks which are depicted in the Shipwreck Treasure Museum which holds the largest private collection of shipwreck and historical artefacts on public display in Europe with over 8,000 artefacts from 150 shipwrecks.

Pain and Punishment at Sea