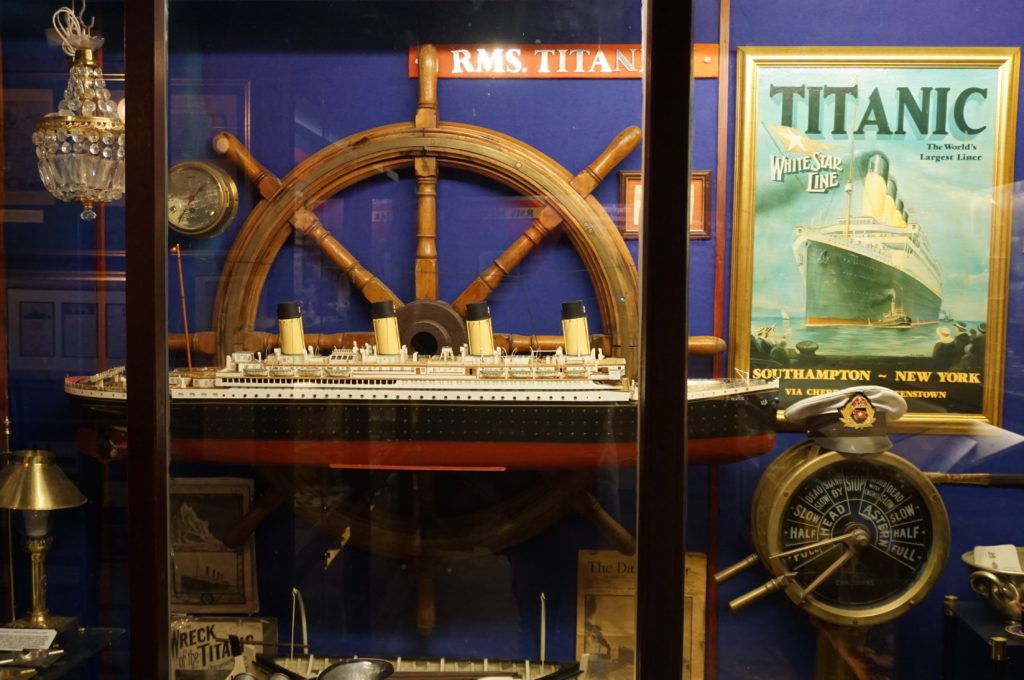 This ‘floating palace’ was built with the intention of being more of a hotel than an ocean liner and succeeded in becoming one of the most lavishly appointed ships ever to be built. It took over 11,000 workers at Harland and Wolff Shipyard 26 months to build, she was said to be unsinkable and had a speed of 21 knots.

​In 1912, after colliding with a massive iceberg, R.M.S. Titanic began her final passage to the bottom of the ocean with the loss of over 1500 lives.

​Since her rediscovery in 1985, Titanic has slowly disintegrated and experts predict that she will gradually deteriorate further beyond recognition.

​The ship is ripped into two pieces on the sea bed and because of such extreme depth has encouraged divers and scientists to find new ways to explore such tragic wrecks.

​Our exhibition gives an insight into one of history’s grandest liners. CTP Richard Hook BEM of Titanic Research, Portsmouth, has said that this is an excellent display and worth visiting.

For film fans the Shipwreck Treasure Museum also includes props and replicas used in James Cameron’s screen adaptation of the tragic event, Titanic. Visitors can marvel over the Heart of the Ocean worn in the film by Kate Winslet, as well as replicas of other significant finds from the wreckage