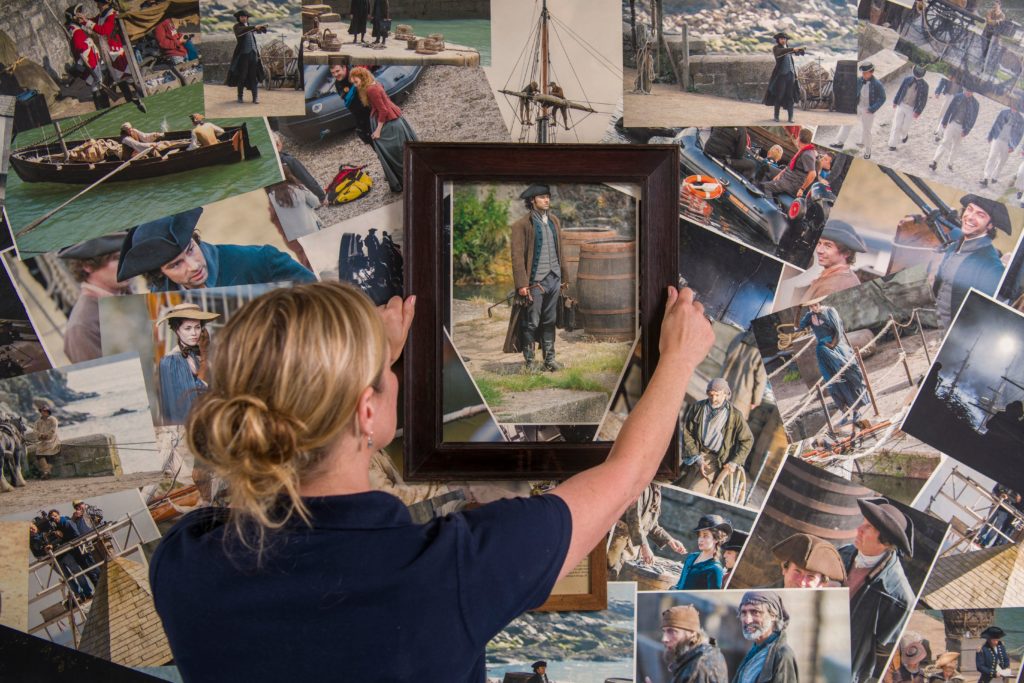 Poldark lovers and film fans will have the chance to get a fascinating glimpse behind the scenes as part of a unique photographic exhibition which opens at the Charlestown Shipwreck Museum on Friday, 12th July.

The historic port was used frequently for filming the show since it first appeared on BBC One in 2015 posing as Poldark’s 18th century Truro Harbour – a role it was perfectly suited for due to its resident tall ships and original granite quays.

Visitors can view unique photographs of the cast and crew during the filming of the hit period drama in Charlestown Harbour at the same time as the fifth and final series airs on TV.

Images displayed in the exhibition have been captured by Paul Williams who was recognised by Nikon UK as the world’s most published photographer in 2018.

“We’re hoping the exhibition will provide visitors with an insight into the integral role Charlestown has played in filming series like Poldark,” he added.

The UNESCO World Heritage Site has long been a popular TV and film venue and the ‘Charlestown on Film Photographic Exhibition’ provides a fascinating 40-year history of filming at the Grade II listed port.

“The new Charlestown on Film exhibition is an exciting addition to the Shipwreck Museum for the summer and we’re delighted with how it highlights the harbour’s prominence in UK TV and Hollywood cinema,” said Kevin Davey, Operations Manager of the Shipwreck Museum.

“We’re especially proud of the collection of Poldark behind the scenes shots on show and hope they convey how much fun the Poldark team had whilst filming on the quay,” he added.

Winston Graham’s novels, following the Poldark family and late 18th and early 19th century life in Cornwall, have been popular since publication and the latest screen adaptation has introduced the canon, and the Cornish landscape, to a whole new audience.

The exhibition also features everything from the making of Treasure Island and Taboo to an in-depth insight into the filming of Alice in Wonderland.

Charlestown Harbour and Shipwreck Museum will be open to visitors throughout summer 2019 and features a wealth of treasures from over 150 shipwrecks in one of Europe’s largest private collections of maritime artefacts.

There’s also the chance to go on board the Kajasmoor tall ship in Charlestown Harbour as part of the visit and meet a real-life pirate.

The first episode of Poldark series five is on BBC1 on Sunday, 14th July at 9pm.