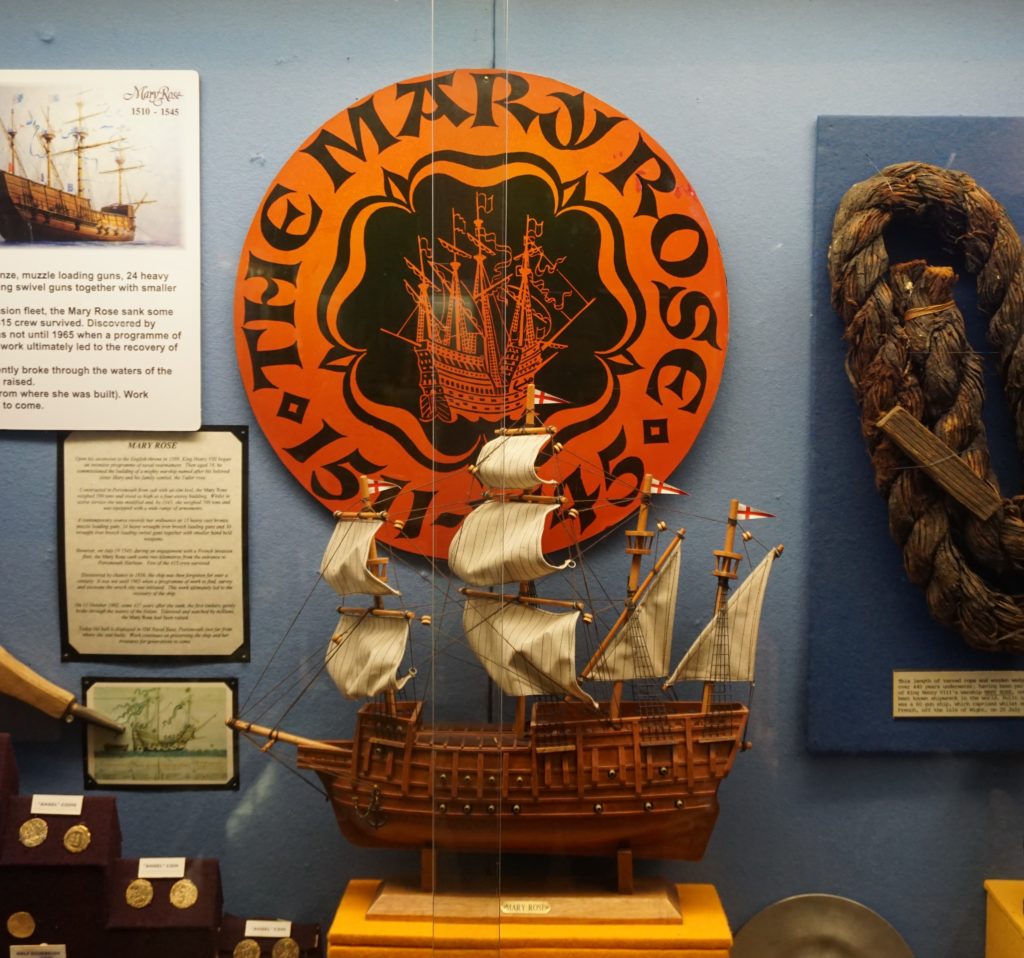 Sunk in 1545, two years before the death of Henry VIII, the Mary Rose, has become one of the world’s most famous shipwrecks, with over 60 million people glued to the TV in 1982, when it finally broke the surface of the seas once more.

To celebrate the 475th anniversary of its sinking, we have compiled our top ten facts:

1) Whilst most people associate cats with ships, the Mary Rose had a dog (similar to the modern Jack Russell Terrier) whose main purpose was catching rats. It is believed that he became an unofficial mascot for the ship. There are no records of his name, but nowadays, he is known as ‘Hatch.’

2) There are several theories as to how the flagship got its name. The ‘Rose’ part is commonly attributed to the emblem of the time, the Tudor Rose. Some believe the name ‘Mary’ came from the virgin mother of Christ, however here at Shipwreck Treasure Museum, we believe it was named after Henry VIII’s favourite sister.

3) No-one knows why the ship sank. Some historians believe it was crewed badly, not allowing enough skilled seamen on board, thus leading to wreck and ruin. Others believe it was a hole caused by a French Cannon, which allowed water to rush in. The most commonly held theory, is that due to its refit in 1536 it was far too top heavy, with too many cannons, leading to its demise.

4) Although the Mary Rose was one of the largest in its fleet, it was nothing compared with modern day warships. HMS Queen Elizabeth is over 8 times larger!

5) From the wreck, two metal syringes were discovered and salvaged. It is believed that the larger one was used to aid constipation, whilst the smaller was used for more intimate treatment. However, no-one knows the name of the ship’s surgeon.

6) Eyewitnesses say that the Mary Rose sank in around six minutes, compared with the 11 years it took from rediscovering it to raising it.

7) The person responsible for raising the Mary Rose, Margaret Rule (find out more here), had to learn to dive for this project.

8) It is estimated that 500 people died on the Mary Rose. Although the warships were strong, part of battle was to board opposing ships in order to take part in hand-to-hand combat. To try and avoid the enemy entering the ship, anti-climb netting was covering the upper deck. Whilst this stopped enemies entering the ship, it also prevented the crew from escaping.

9) 1971 wasn’t the first time the Mary Rose had been discovered. In 1836, John Abbinet was hired by local fishermen to try and find out why their nets kept being caught in the same area. It was from an inscription that it was discovered. Unfortunately, due to a lack of interest and personal disputes, the wreck was soon lost to the Solent once again.

10) Despite England leaving the Catholic Church 11 years before the sinking, numerous rosary beads were found on the wreck, questioning the faith of some of the crew, ironically serving the head of the Church of England.

Descend the Tunnels Beneath the Shipwreck Treasure Museum